Here below you can find “Bellupada” Toll Plaza Toll Fare for All Vehicles, Stretch, Tollable Length and Contact Details. 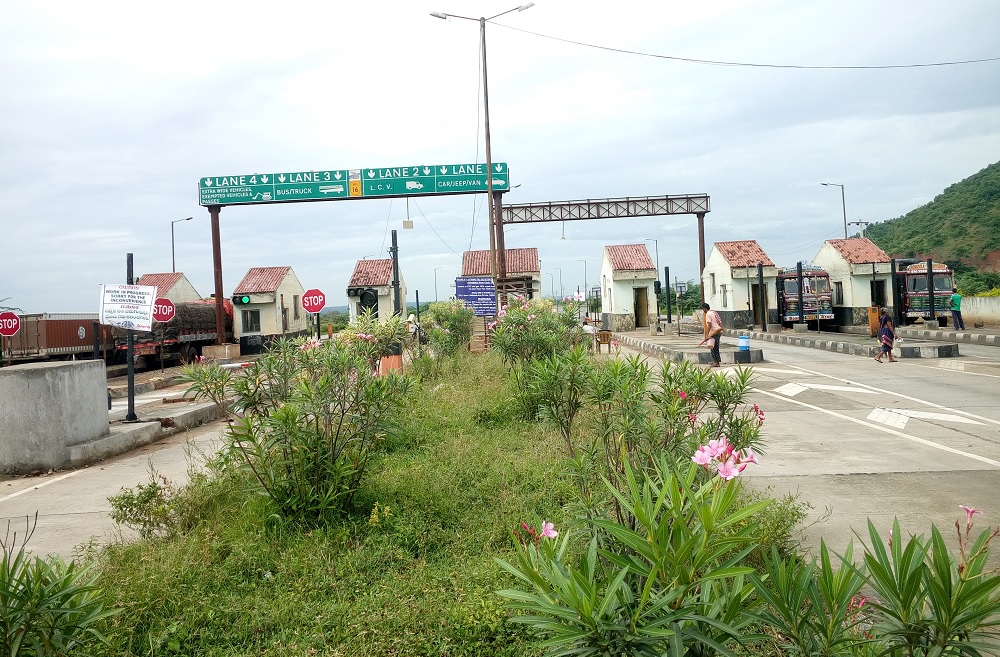 (a) transporting and accompanying –

(i) the President of India;

(ii) the Vice-President of India;

(iii) the Prime-Minister of India;

(iv) the Governor of a State;

(v) the Chief Justice of India;

(vi) the Speaker of the House of People;

(vii) the Cabinet Minister of the Union;

(viii) the Chief Minister of a State;

(ix) the Judge of the Supreme Court;

(x) the Minister of State of the Union;

(xi) the Lieutenant Governor of a Union Territory;

(xii) the Chief of Staff holding the rank of full General or equivalent rank;

(xiii) the Chairman of the Legislative Council of a State;

(xiv) the Speaker of the Legislative Assembly of a State;

(xv) the Chief Justice of a High Court;

(xvi) the Judge of a High Court;

(xvii) the Member of Parliament;

(xviii) the Army Commander or Vice-Chief of Army Staff and equivalent in other services;

(xix) the Chief Secretary to a State Government within concerned State;

(xx) the Secretary to the Government of India;

(xxi) the Secretary, Council of States;

(xxii) the Secretary, House of People;

(xxv) The awardee of Param Vir Chakra, Ashok Chakra, Maha Vir Chakra, Kirti Chakra, Vir Chakra and Shaurya Chakra if such awardee produces his or her photo identity card duly authenticated by the appropriate or competent authority for such award;

(b) used for official purpose by-

(i) the Ministry of Defense including those which are eligible for exemption in accordance with the provisions of the Indian Toll (Army and Air Force) Act, 1901 and rules made thereunder, as extended to Navy also;

(ii) the Central and State armed forces in uniform including para military forces and Police;

(iv) the fire-fighting Department or Organization;

(v) the National Highway Authority of India or any other Government organization using such vehicle for inspection, survey, construction or operation of national highways and maintenance thereof;

(c) used as ambulance; and

The rates for monthly pass applicable for local non-commercial vehicle residing within a distance of 20 km from the toll plaza for the year 2020-21 shall be Rs.275/-, subject to revision every year as per the provisions of the 2008 Amended Fee Rules.

If any more details regarding above topic, please tell us through below comment session.